Agility is obviously crucial to all field sport players, several definitions of what agility actually is are out there, but, "the ability to quickly change body position or direction of the body" is the one I frequently go back to. The following short article will go through some of my belief systems and experiences trying to get GAA players more agile?

Before we do anything fancy you need the basics, you need to have players that can actually hip hinge, get into an athletic position, and know-how to shuffle, crossover and cut. This is a step I used to constantly just skip. It still amazes me how poorly some GAA players move. There are still scores of players that aren't getting coached in some pretty basic movement skills.

The Athletic Position to Shuffle: 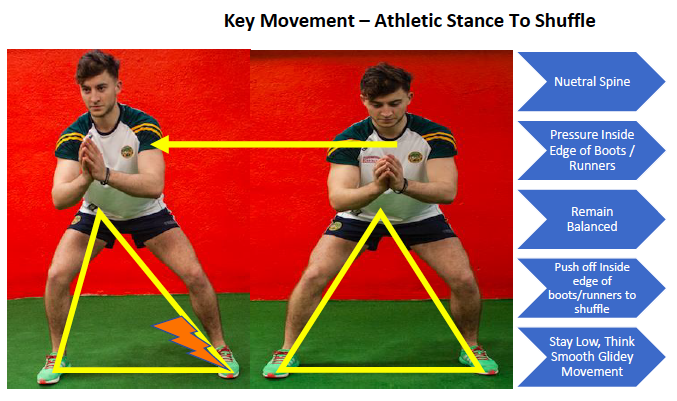 The Athletic Stance to Shuffle, Doing this well is a good start. I would build this into the warm-up phase of your training, especially with underage teams. Note some of the coaching points.

The next movement skill I would build-in would be the "cut". This of course happens naturally in the game (more on this later) but it should be introduced into training as a means to clean up any movement deficiencies. 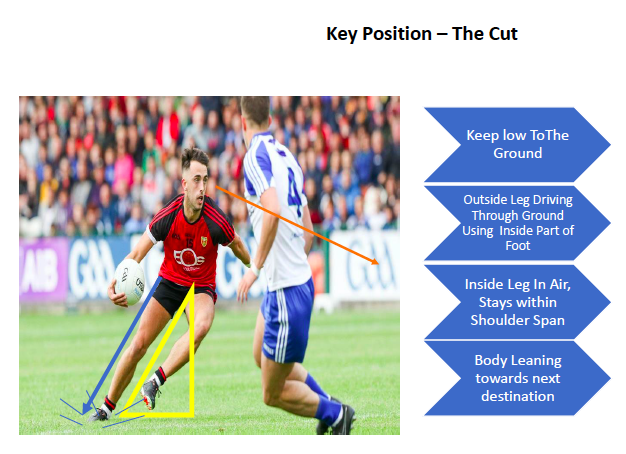 The cut, a great move when observed in full flow, but certain aspects need to be refined and coached.

The Cross Over Step:

The cross-over or cross-overs are one of my favourite movement skill drills to add to training sessions. It's rare for me to coach a team and see everyone proficient at these in the squad. It's also a window into how saggital (lots of straight lines) plane a lot of training GAA players still do. Their hip movements and swivel ability are lacking. 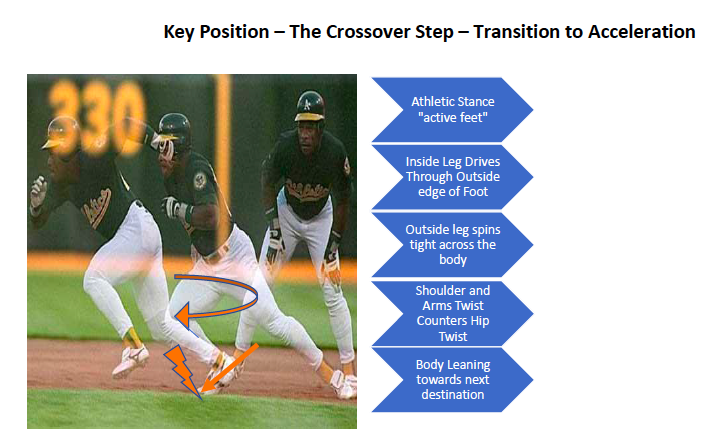 How can you build these into training sessions?

One of my go-to drills, as discussed before, is the movement matrix, it's a place where I can see, coach, refine, add and subtract any number of modalities to make my players move a bit better. I usually use high knees, cariocas, reverse runs, sprints, shuffles to cut, cross-overs continuously, and more.

This is not a perfect technique, but you can see the progress and the simplicity of the drill/game.

It doesn't have to be super strict all the time, this is a nice Ice Breaker I use all the time with GAA players. Lots of movement and lots of chances to shuffle, cut, and cross step.

Interestingly when I speak to/work with really excellent Hurling or Football coaches a lot of their drills attack this area and they have an acute focus on good movements, such as tackling squares that focus on foot placement and good shuffling, sidestep drills that work on getting into space, 2 v 1's, reaction drills and more. This is good to see as it's always great when the skills of the game and the job of the S&C coach align.

In Part 2 we will discuss how we develop agility further when your players have these moves mastered.

Check out my book now available on Kindle